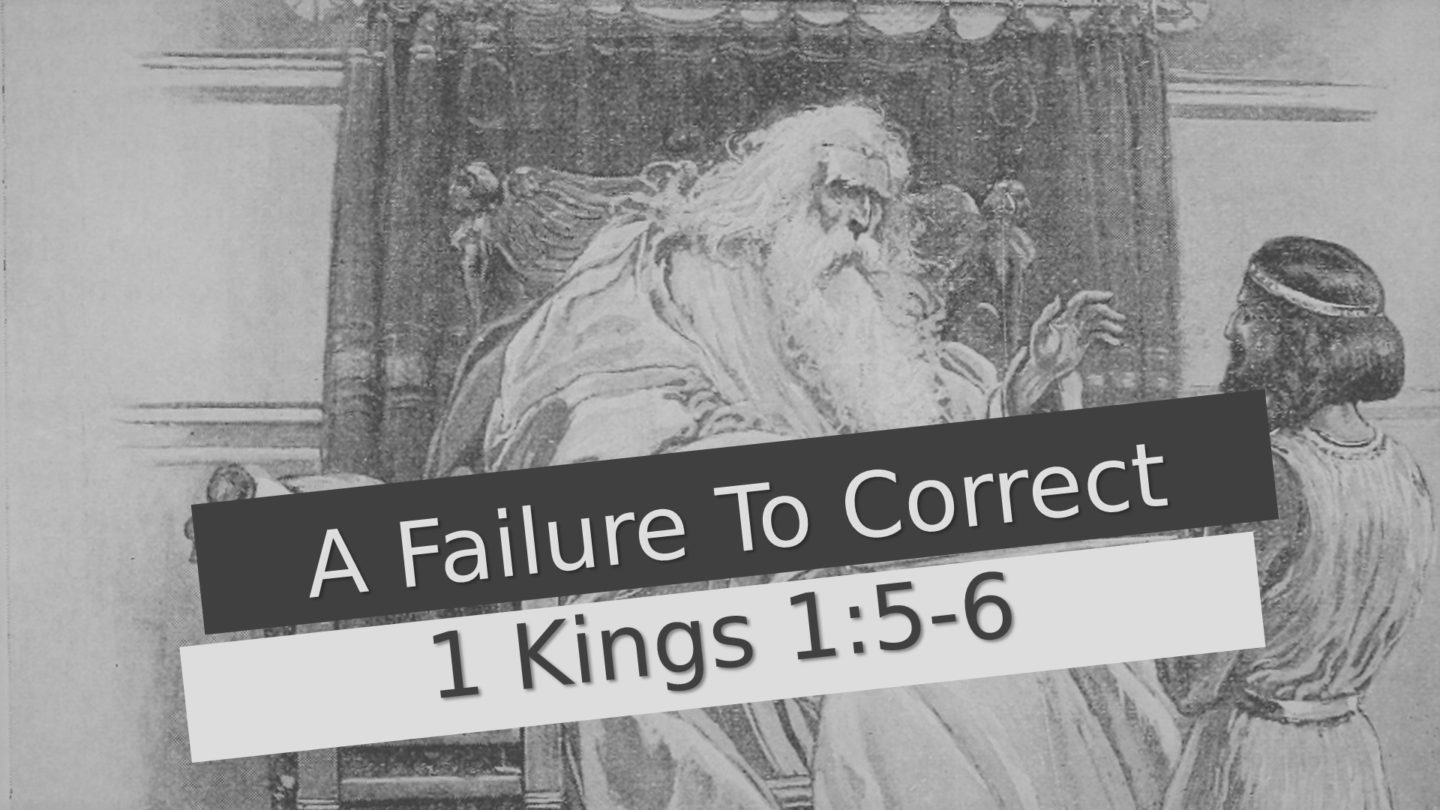 The life of David, the king of Israel, was often filled with difficulty — the affairs of state, the continual wars and unrest and threats against his kingdom.  To further complicate the matter, David had a weakness for women and would, in turn, father many children. Still, they would not receive adequate attention from their father because of the previously mentioned difficulties.

As a result, there will not always be a good relationship between David and his sons.  Surrounding David were many power-hungry advisors and political leaders that would influence his sons in the wrong direction (cf. Jonadab – 2 Samuel 13:4; Ahithophel – 2 Samuel 15:12).

Amid all these struggles, what can often happen in the life of a family is that one child begins to do wrong, and no one corrects it.  According to 1 Kings 1:5-6, this is precisely what happened with Adonijah, the brother of Absalom.

Then Adonijah the son of Haggith exalted himself, saying, “I will be king”; and he prepared for himself chariots and horsemen, and fifty men to run before him.  (And his father had not rebuked him at any time by saying, “Why have you done so?” He was also very good-looking. His mother had borne him after Absalom.)

Solomon, a son of David who would observe his brothers’ attempts to overthrow David, would write this wisdom to his son: “Chasten your son while there is hope, And do not set your heart on his destruction” (Proverbs 19:18). There is importance in expeditiously handling wrongdoing.  The correction postponed can become an encouragement to further bad behavior instead of being a deterrent.  There comes a time when it is too late to hope for turning a child from wickedness.  They have plotted their course into iniquity and its untimely end.  Adonijah would ultimately reach the end of his life at the order of his brother, Solomon when seeking to usurp the throne once more.

Then King Solomon swore by the LORD, saying, “May God do so to me, and more also, if Adonijah has not spoken this word against his own life! “Now therefore, as the LORD lives, who has confirmed me and set me on the throne of David my father, and who has established a house for me, as He promised, Adonijah shall be put to death today!” So King Solomon sent by the hand of Benaiah the son of Jehoiada; and he struck him down, and he died.

Parents and Grandparents, correct your children and grandchildren before it is too late – while there is still hope – before sin overthrows the good in their life and brings its ultimate conclusion… death (Romans 6:23).