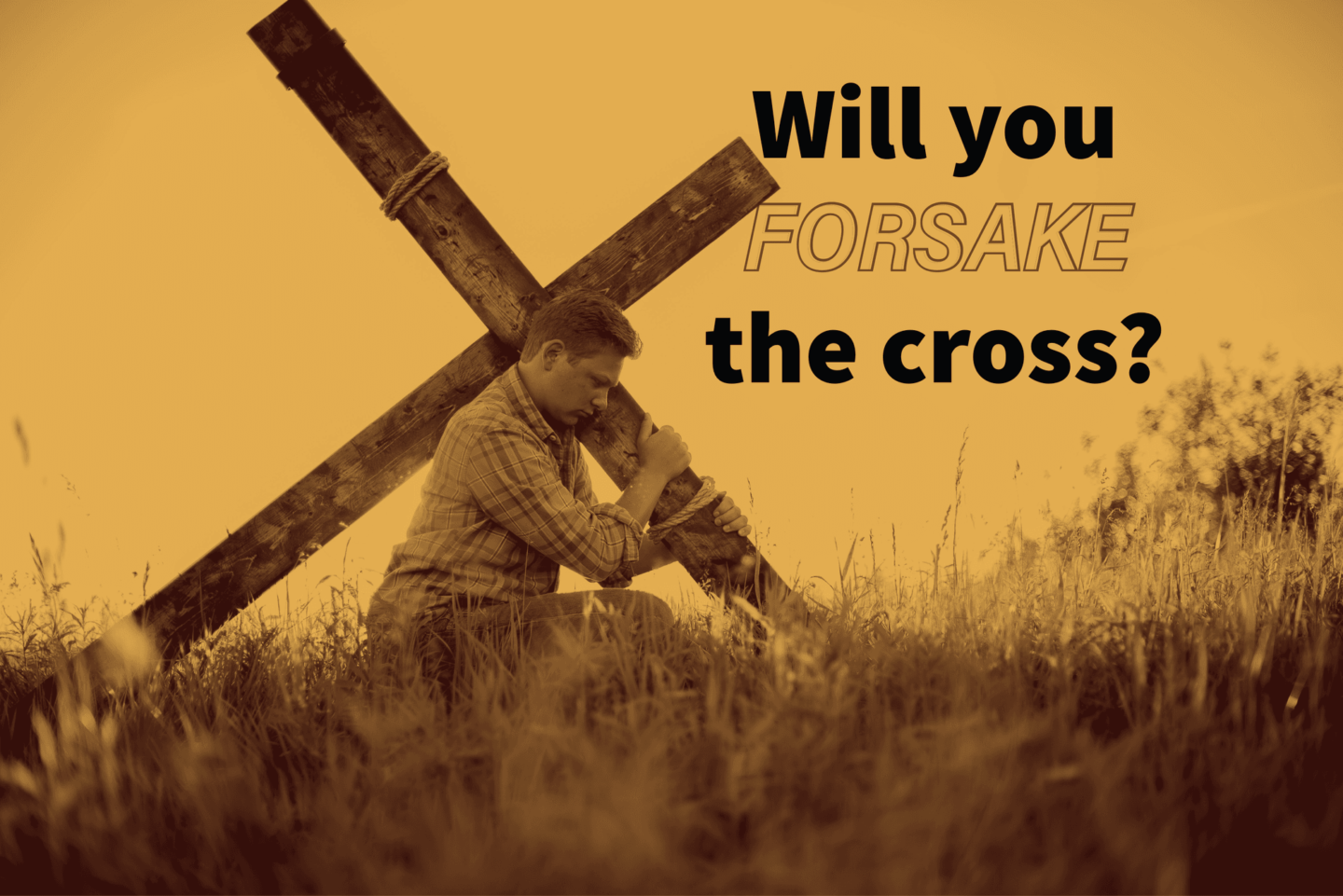 One of the most challenging texts in all Scripture is Luke 14:25-33. As Luke records it, Jesus has been in the house of one of the Pharisees. He has chastised the attendee’s lack of humility and has admonished the host concerning inviting those who cannot do anything for the host in return. He then gave a parable describing how those invited to God’s feast would not be allowed to partake but would be replaced by those brought in from the streets, the poor, the maimed, the lame, and the blind.

He then turns to the multitude and challenges them:

His illustration of the challenge is two-fold:

1. A man who intends to build a tower will first count the cost to see whether he has enough to finish it.

2. A king who discerns if he can win the battle against his enemy when he is outnumbered two-to-one.

And Jesus concludes with this statement, “So likewise, whoever of you does not forsake all that he has cannot be my disciple.”

There is a cross for each of us to bear. Will we forsake our cross? As Christians, we make this commitment to carry our cross until death above all other obligations.

Is that a challenge you are willing to take, or will you forsake your cross?